The parish of the Holy Name of Jesus was established by Bishop John Loughlin on March 17, 1878, to serve Catholics in the sparsely settled but rapidly improving section of Brooklyn that was bounded by Seventh Avenue, Ninth Street, Green-Wood Cemetery, and the city line. The new parish included a portion of Flatbush known as Windsor Terrace, and drew from the territory and membership of St. John’s Church, Brooklyn, and Holy Cross Church, Flatbush. Bishop Loughlin appointed Rev. Thomas S. O’Reilly (1844-1918), a young Irish-born priest who had been an assistant at St. Joseph’s, to organize the new church. The first Mass was held in a stable, located at 18th Street and 11th Avenue, and was attended by about 100 persons.

Plans were prepared for a permanent building to be erected on the corner of Ninth (now Prospect Park West) and Prospect Avenues, on an eminence facing the Bay. Designed with a “plain but substantial appearance,” the church was constructed of Philadelphia brick with brownstone trim and its front was flanked by two square towers. The new church, measuring 84 by 96 feet and 61 feet high, would provide seating for 1,000 persons. After the cornerstone was laid by Bishop Loughlin on August 11, 1878, work progressed quickly and the first Mass in the new church was celebrated on December 25, 1878. Although the parish was not blessed with great wealth, Father O’Reilly was able to build a rectory in 1882. Three years later, in 1885, a school measuring 40 by 98 feet was opened. Holy Name School welcomed six hundred boys and girls who were taught by three lay teachers and four Sisters of St. Joseph. The first convent, a frame building located on Ninth Avenue near 17th Street, was replaced in 1907 by the convent at 243 Prospect Park West.

Father O’Reilly, who had become a Monsignor, died on February 3, 1918. Several pastors served during the next century and in the 1960s, the church interior was updated and remodeled to allow for liturgical reforms proscribed by the Vatican II Council.

Today we are a vibrant parish of over 400 parishioners – many of whom are descendants from the first generations of Holy Name and we have welcomed countless others into our community. Windsor Terrace / Park Slope is a great neighborhood for young professionals and families. We are blessed to have an active Spanish community as well. 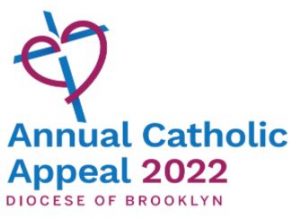